I met Larry Green in a musician’s forum. Being me I wandered over to see what he was about, liked the music and bought it.

Larry tags his work as Pop and while I kinda agree with him, I think it really is more Rock. Sure it’s Poppy in some ways but it sure isn’t like Madonna (or one of those no-talent but perfect-teeth kids I’d rather not mention).

I have a few records from old guys who have a long history. Don Henley (of the Eagles) is clearly an old dude on his last record “Cass County” and it shows. Being old and very experienced informs his stories. Same with the last Johnny Cash records or The Hag’s “Working In Tennessee” record. Old dudes may not rock with the fire of 18yo punks but they bring something else that only age and experience can. 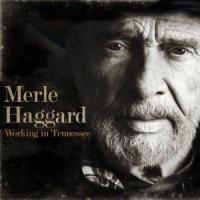 On first listen I could understand many people thinking this record is somewhat “cheesy” (how I hate that term). The cover is not exactly helpful. Nor is Larry’s site. From the get-go, the songs contain a bit of a mishmash of styles and ideas often belonging to more “modern” acts than Larry would appear to be. But…

Larry’s songs have a very bright and even cheeky spark in them that lets him transcend what could be problems and makes his use of tropes from other styles into a positive and clever thing. Somewhat like Momus sounding rather bouncy like Pet Shop Boys on his “Don’t Stop The Night” record when in reality all the songs are about perversions. The contrast works well.

Larry has a very engaging voice. It has a roughness & catch in it which is probably from age but at the same time, he sounds upbeat and happy to be there. That makes the record very enjoyable to listen to. If I want something a bit brighter, I choose to pop Larry’s “Project 17” on.

My favorite song would definitely be “Breakup”. There is something in that first couplet of the Chorus that is so open to interpretation yet nasty (the situation, not the lines themselves). This girl ain’t good Larry, let her go easy.

If I were to file this next to another record in my collection I would think of that last Don Henley record but I would also think of Jackson Browne’s “Lawyers In Love” as they are both Rock with stories & social commentary in a rather Pop mode.

Larry is still writing songs, with a new one showing up last week. I think Larry will always write songs and that is great. I look forward to hearing that record when it arrives.

I would love to see Larry stop hiding what he seems to think is a flaw (his age) and start trading on it instead. Kenny Rogers was my Grandpa when I was a kid so why can’t Larry be that for other kids and a peer to speak for people like me.

Submit your book or album for review on Unigon Plane

Thanks, Travis! Of course, for the kids to learn, they’d have to actually listen to us first! 🙂

Yes, it is difficult to visualise that everything we see is made up of tiny atoms that actually have space between them. Granted, it’s not a lot of space, but it’s still there!

As you know other vids of mine have animations/movement but while I tried it here at first, I wasn’t feeling it. Yes we are all action-starved (as a result of overstimulation) but I can only do what I can do. I am more interested in finishing a project then getting bogged down.

General audiences are all so demanding that unless…[Read more]

Benedict your art skills are great and certainly good enough for your videos. Like I mentioned on Youtube it feels like there needs to be a bit more happening, more movement or text or even your images scrolling across the screen. What a shame there are no great shortcuts to animating, still a very tedious, drawn out process. Excellent opportunity…[Read more]

Wow Jane you really know your stuff, together with Benedict I’m sure your kids must benefit greatly from all that wisdom!

It’s hard to wrap my head around the idea of things being made from atoms but to consider those atoms packed tight together in their attracting and repulsing states keeping them stable to form a solid makes some sense.